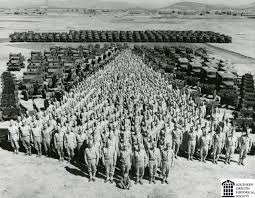 Less than a year after the Japanese raid on Pearl Harbor, Oregon became the only one of the 48 states to be attacked by enemy aircraft, and, later, the only state to suffer civilian fatalities from an enemy bomb. Both incidents occurred in southern Oregon. Our region also experienced the more typical Home Front experiences: new military bases, removal of Japanese-Americans to internment camps, combat training maneuvers, and gas rationing. These and other local aspects of the so-called "Good War" will be discussed in this Windows in Time talk.

Jeff LaLande has been a resident of the Rogue Valley for over 45 years. He graduated from Georgetown University in Washington DC, and later received his M.A. in archaeology from Oregon State University and a Ph.D. in history from the University of Oregon. He worked over thirty years with the U.S. Forest Service as an archaeologist and historian and has published articles and several books on regional history.

The monthly Windows in Time lunchtime lectures are offered free to the public from 12 noon–1:00 p.m. on the first Wednesday of each month at the Medford Library and the second Wednesday of each month at the Ashland Library. These lectures feature well-known writers and historians, and bring alive the people, values, and events that shaped our Southern Oregon heritage. Lectures are jointly sponsored by the Southern Oregon Historical Society and Jackson County Library Services.